A great line-up of vibrant and exciting activities are promised at the most anticipated ‘Da Nang Welcomes in New Year 2021’ Festival, which is scheduled to take place at the Sun World Danang Wonders (Asia Park) on Phan Dang Luu Street from 29 December 2020 - 2 January 2021.

Organised by the Da Nang Department of Tourism, the much-awaited festival aims to diversify the city’s tourism products, hereby helping tempt back tourists.

Here's specific schedules for the 5-day festival so you know what to expect:

The opening ceremony for the festival will be organised at 7.30pm on 30 December 2020 at the main stage of Asia Park.

A parade of eye-catching flower-decorated boats on the iconic Han River will take place on 30 and 31 December between 6.30pm and 7.30pm daily.

Both locals and visitors will have the opportunity to enjoy free-of-charge night-time sightseeing boat tours on the Han River from 8pm - 9pm on 1 and 2 January 2021. 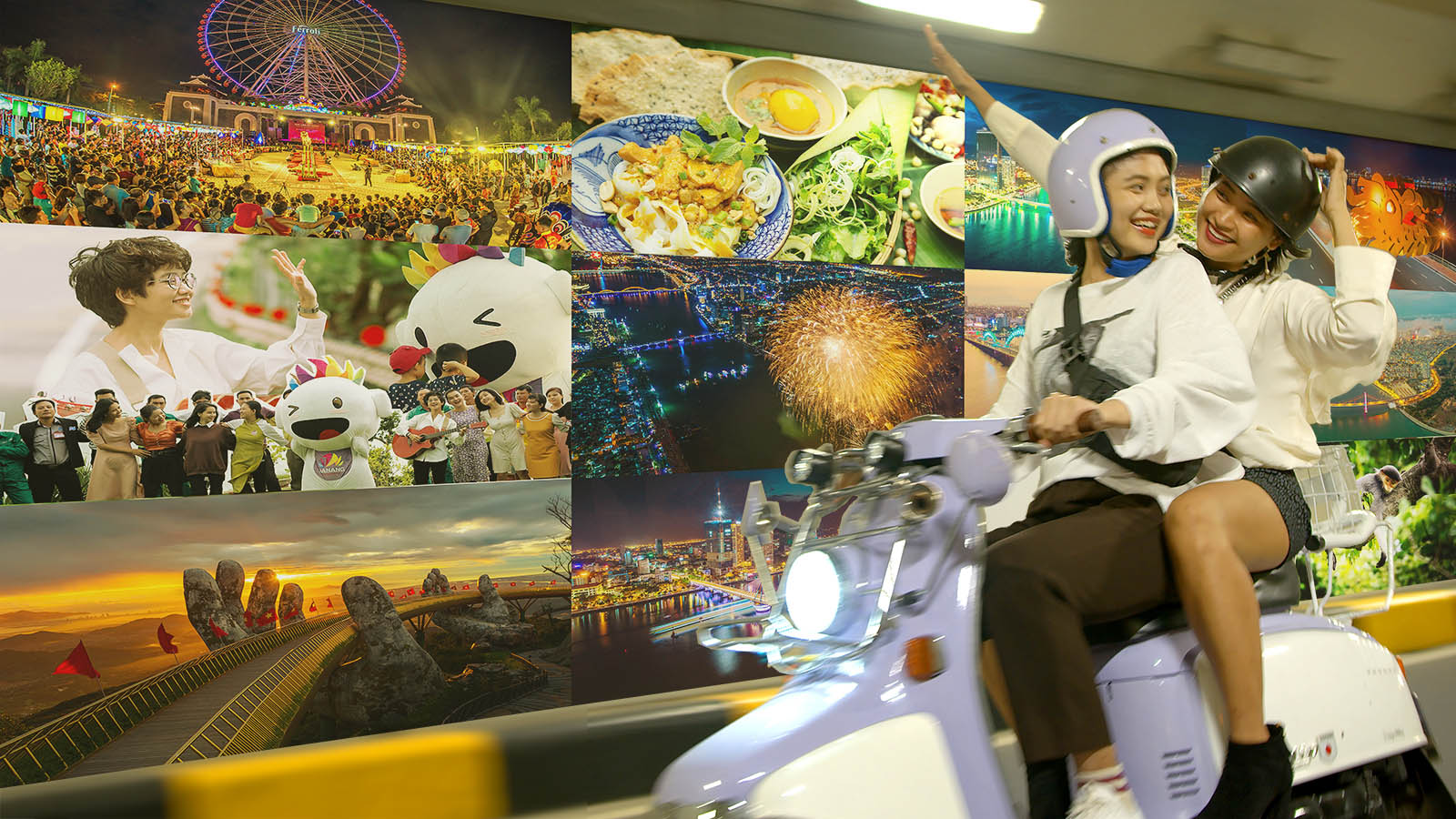 Of special note, the 29 March Square is expected to transform into a giant party site on 31 December night for a countdown party to ring in New Year 2021 with numerous breathtaking performance by famous domestic singers and music bands.

Most noticeable, different kinds of noodles will be on offer at around 50 stands at the Noodle Festival, which will be organised at the Asia Park from 29 December 2020 - 2 January 2021 between 3pm and 9pm daily.

Also, visitors to the most eagerly-awaited event will have the chance to experience how to make such Da Nang’s specialties as ‘banh xeo’ (Vietnamese sizzling pancakes), ‘nem lui’ (grilled meat roll), ‘banh bot loc' (tapioca dumplings with prawns and pork in banana leaves), and ‘banh xu xe’ (glutinous coconut cakes with mung-bean paste).

Between 29 December 2020 and 3 January 2021, both banks of the Han River will become more vibrant and bustling than normal days with many exciting street music performances between 7.30pm and 9.00pm daily.

Both adults and children are expected to be drawn by highly impressive lion dances at the Asia Park between 5pm and 7pm on 1, 2 and 3 January 2021.

A parade of 80 well-decorated cyclos will take place along such main streets as Phan Dang Luu, 2 September, Bach Dang, Tran Phu and Trung Nu Vuong from 29 December 2020 to 1 January 2021 between 3pm and 5pm daily.

Also noteworthy, admission fees will be waived for visits to Marble Mountains Tourist Area and the museums of Da Nang, Cham Sculptures and Fine Arts, from 1 January to 31 December 2021.

A photo exhibition entitled ‘Da Nang, New Vitality’ will be held at the western side of the Rong (Dragon) Bridge, opposite the Museum of Cham Sculpture, from 29 December 2020 until 4 January 2021.

A unique New Year's atmosphere can also be enjoyed during New Year’s Eve Party to be held at the Sun World Ba Na Hills on 31 December.

By THU HA - Translated by M.D